Are there any images or information from Siiri Kyander as an actress?

I found an image from a previous question that included Siiri Kyander, from 1923 Viborg theatre group. I’m wondering if there are any other images or information from her time as an actress?

According to a old publication about actors and actresses (Kotimaisia näyttämötaiteilijoita sanoin ja kuvin) Siiri Kyander was born i Viborg, went co-educational school in Mikkeli and later commercial school in Kotka. It is said that she worked little while in business but then worked as an actress for example in Kaarle Halme's touring company in 1916, and in Eero Alpi's company 1917-18. She was also a chief of Kemi worker´s stage for awhile. And as we know from the images which are in Theatre Museum Archives, she also worked as an actress there in Kemi and later also in Viborg worker´s theatre. According the book she moved to America in 1929. 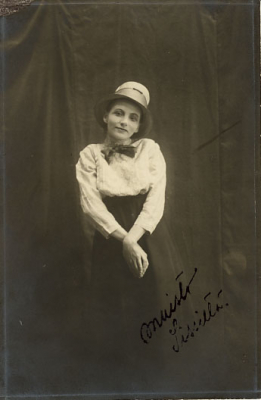 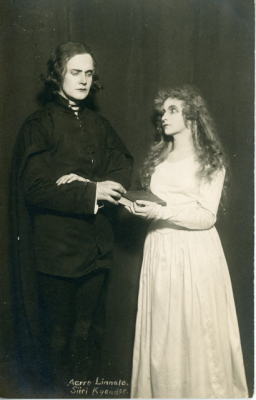